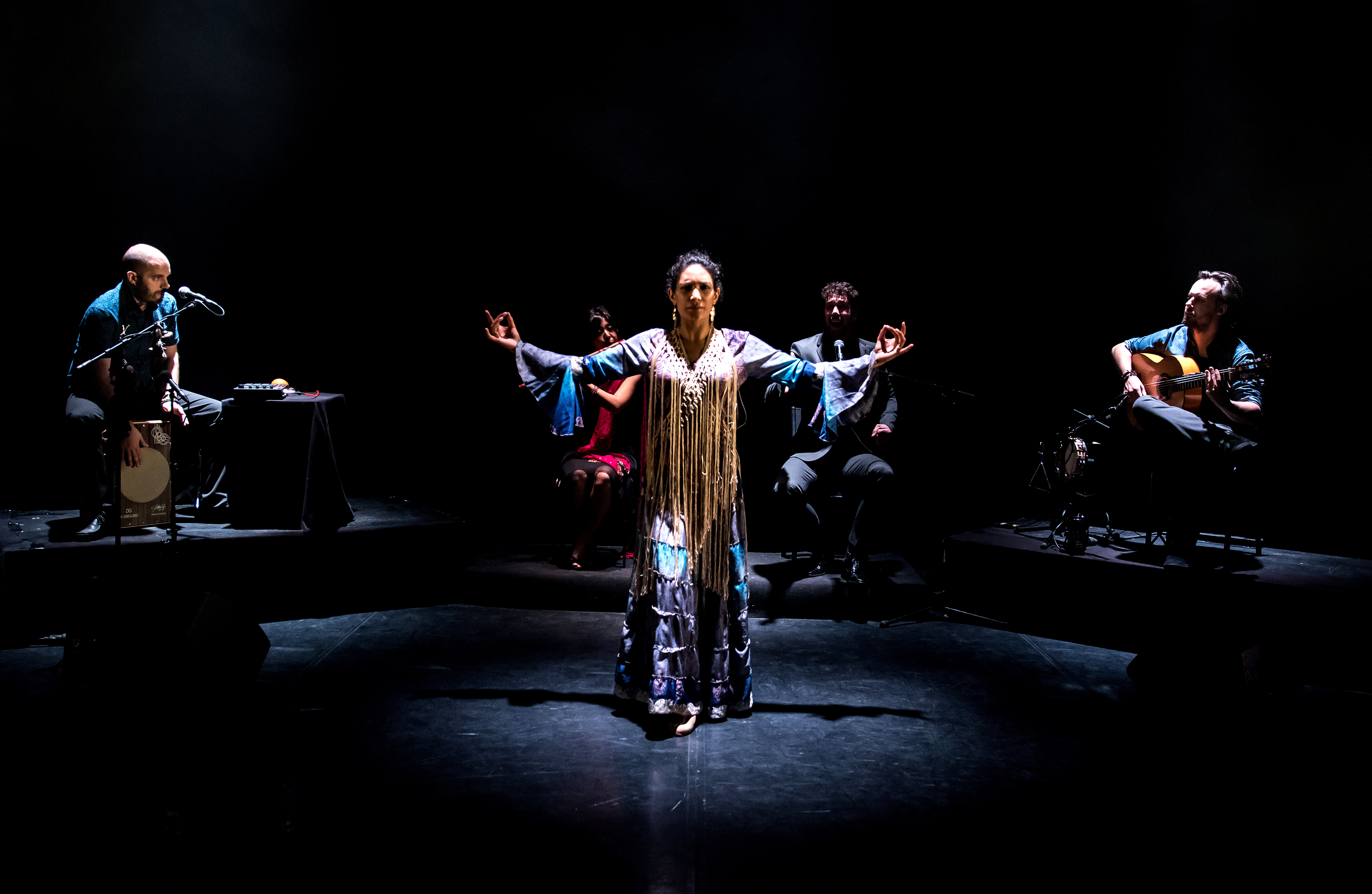 NRITYA is the result of years of introspection about how Deborah's Indian background influences her life as a flamenco dancer.
First generation Canadian born to Malaysian parents of South Indian descent, it is in Vancouver that Deborah first discovered flamenco. After touring with various projects around the world and regular immersions in Andalucía her interest in the land of her origins increases; it seems obvious to Deborah that her next flamenco show will not be purely traditional like the previous one, "Penas y Alegrías", but a personal story told with parallels between certain Indian music and dance and flamenco.


One translation of the Hindi word "nritya" is "storytelling and emotions created by movement". The company is telling Deborah's story through dance, a story of an immigrant family and an artist connecting with an art form that seems totally foreign, but one that she is historically linked with.


"Flamenco and Indian music?" It is a popular theory that the Gypsies, who have greatly contributed to the creation and culture of flamenco, came from Northern India to Andalucía. Through this show, Deborah '' La Caramelita '' performs, accompanied by her musicians, an initiatory journey in search of her origins but also a reconstruction of bridges that had disappeared between flamenco and some Indian dance and music.


From the beginning of the performance and after a few seconds of observation, the viewer will think "but where are the Indian musicians?" This is the challenge that the four musicians wanted to take up (Alejandro Mendía on vocals, Guillermo Guillén on guitar, Alex Carrasco on percussion and Lara Wong on flute and bansurî). They have researched bridges between flamenco and certain Indian styles, but using their own capacity as artists. The result isn't an Indian flamenco fusion show but rather a personal story told using both elements.